ICV in Mexico City for the Latin American Pharma Congress

ICV provided Live Webcasting Services for Global Health Care Partners at the Latin Pharma Congress event in Mexico City. This event was unusual for us in one major way; a 6.9 magnitude earthquake struck right at the start of the event which rendered the conference venue and the entire city without power and creating a chaotic scene. Damage, inaccessibility and lack of communications were only part of the issues we faced. 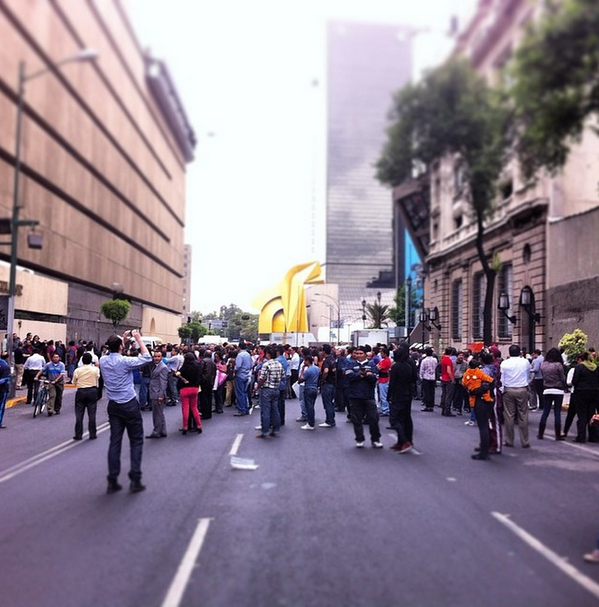 ICV pressed on. After moving to a safe location the next day using cell phones with hotspots for connectivity ICV ran off battery power to broadcast the webcast as planned!

Our Ace webcasting crew provides Live webcasting services in the most chaotic of situations..

Popular posts from this blog

ICV was in Florida - Live Webcasting 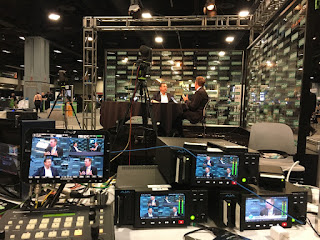 Live Webcasting for Silicon Angle in Orlando ICV used our fiber connected video flypacks and our Panasonic 3100 cameras for a multi-day live webcast from the Microsoft Ignite conference. Crews shot from the show floor. We built 2 sets with trussed lighting and full switch gear.  With multiple crews shooting both handheld and with studio configurations we captured three days of content. Using our TriCasters we inserted lower third graphics, rolled in pre-produced videos, and sent the content to multiple streaming locations including YouTube. To learn more about our live location video production experience visit www.icvdm.com or call toll free: 800-272-3070
Read more 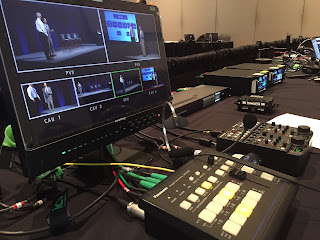 Live Webcasting in Washington DC ICV was live webcasting in Washington DC for the World Health Care Congress. 3 days of keynote and breakout sessions with over 100 sessions. All streamed live and archived after the event in a custom Media Portal built and managed by ICV. ICV builds and manages the Media Portal for World Health. The Media Portal is used as a single URL that is used as the the Live Event website with responsive video players, user registration, access sales with e-commerce and speaker, session and content management. This media portal is also used as the On-Demand streaming video website for archive sales of the content. Before the event ICV launches the V3 Media Portal which is developed and managed in house by our staff of developers. Pre sales emails, social media postings and registration confirmations are handled automatically in the Portal. At the event ICV brings all video production gear, encoding equipment and staff needed to manage the entire live w
Read more 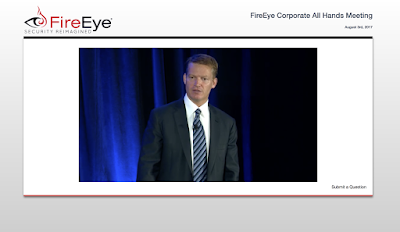 Live Townhall Webcasting Services San Jose was the location for a recent Townhall webcast for Fireeye . Executive messages, financial reports and roadmap discussions were all on the agenda as the entire worldwide and onsite workforce participated in the Live Webcast of the Quarterly Townhall Webcast. Providing fast affordable live webcasting services across the Bay Area and across the US is the mission of ICV Digital Media's Live Webcasting. Same day setup and global streaming.  We provide all of the technology you need to have a complete secure webcast - Live and Archived.  Stream to our provided Media Portal and mobile friendly video players or have us stream to the social platform of your choice, YouTube, Facebook, Ustream or more. Get robust reporting metrics and access control too. Learn more about our Live Townhall Webcasting services at www.townhallwebcasting.com 800-272-3070 - info@icvdm.com
Read more